Five oclock start for the team, arrived at scrutineering at 7.30am, sun was out an sky’s were blue. Then a 3 hour wait till our start time, dum dee dum. The mechanics left us at the start and went to watch some stages, while we waited, dum dee dum. I saw yuk approach the start and gave Jon a poke to wake him from his slumber. Whay hey 10.30am , start your engines. 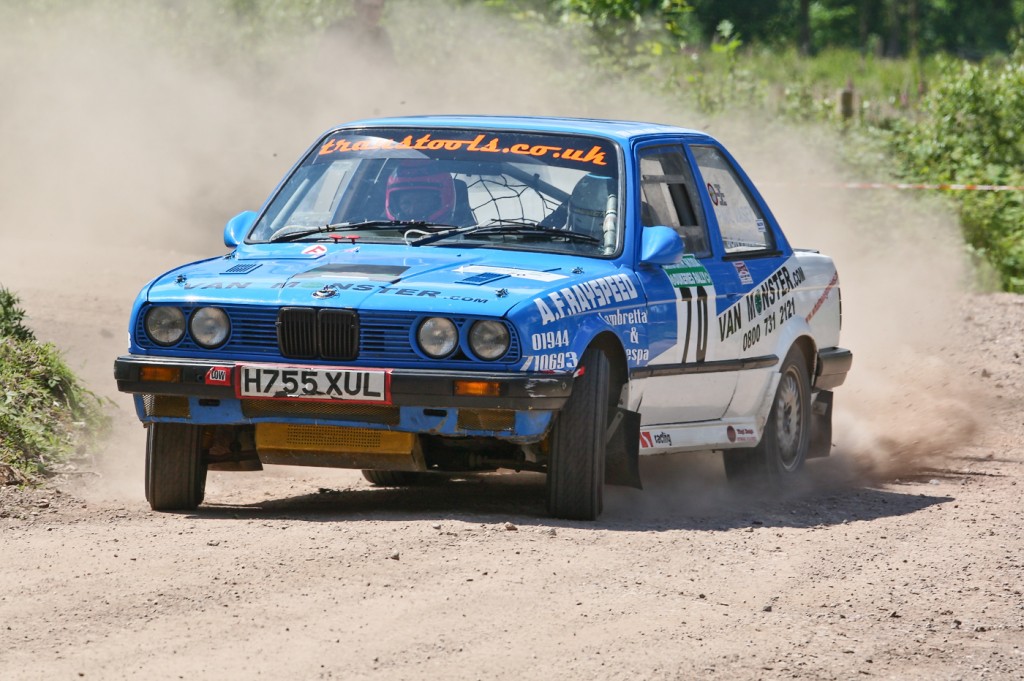 Stage One, as this was our first vist to this side of the world we’d no idea what to expect, and jon had been tinkering with the red top since the Humberside. It was a short stage, just shy of two miles. But my god it was fast, and very very narrow, eek.

Stage Two, longer stage and faster but still as narrow. No comfort zone like we have in the Yorkshire Forests. Oh this was fun, dusty but fun.

Stage four, we’d a wait at the start of the stage as somebody had an incident with a post at a crossroads where we were expected to turn square right. We were informed of this before we started and i duly noted it in the notes, didn’t matter as we flew straight past the square right, why didn’t we go right i asked, we can’t stop if we aren’t on the ground i was informed. Valid point .

Stage Five, 100 yards after the finish of four we were into five, it was hot, dusty, and rough, but really really good. At the end of the stage Jon informed me something was amiss, rear end was wobbley (eh ) We’d a quick look round, but could see anything fubar’ed any way it was the hour long service next Service. The VF Racing girls had been and gone by the time we got there, they’d handed out the goody bags and collected for the GNAA as well as the Nottingham and Lincolnshire Air Ambulance. The chaps had a good look at the car and found the tyres were a bit ropey, too hot (haa) all four were changed . and off we went.

Stages 6,7,8,9 Were all the same as the morning , we’d had a slight shower but it didn’t affect the surface, the car was back to to being stable. Didn’t stop us missing the same turn on stage 9 as we had on stage four though.

Stage 10 , forgot to mention we lost the intercom on stage 9, all was back to normal for the last stage. all we had to do was finish.

Which thank the lord we managed, Overall a long day, but we all enjoyed the difference, really fast stage’s and the car is certainly getting faster. When’s the next race?